Looking at stars with our ears: Making astronomy accessible to the Visually Impaired community 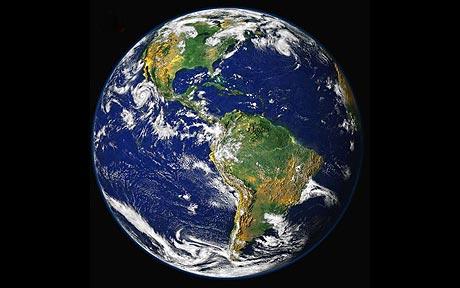 Today we have a guest blogger, Steve Boswell, who is a Trustee at Southampton Sight and is visually impaired.

Last Tuesday Kate, Brian, Sue, Angela and myself took part in an Astronomy Focus Group at the University of Southampton where Poshak Gandhi has been working with Johanna Casado from the University of Mendoza in Argentina who is developing software that will enable Visually Impaired People to become involved in astronomical research. We were there, as a group of blind people with different levels of sight loss, to test the software for her and suggest changes that might make it easier for us to use. For our test, we were given light data from a galaxy 1 billion light years away: that’s 6 followed by 21 zeros in miles. This promised to be fascinating for me as I’ve loved astronomy since I was a kid, and I’ve really missed helping people with their research since I had to give up my laboratory work.

When starlight, including sunlight, is passed through a prism it is split into a spectrum, from radio waves at one end, through light, and on to x-rays at the other. On closer inspection, this spectrum also contains bright peaks and dark lines and it is these features that interest astronomers, providing them with information about the chemistry of the stars and the space around them. The reason people analyse these spectra manually is that they are so complex that computers are not up to the job yet.

Johanna has written the program so that the intensity of the data signal is indicated by a musical note: the stronger the signal, the higher the pitch. This needs a repeatable note for each intensity, so you’re given a choice of such instruments as pianos, organs, a xylophone, and the like. There is a noisy but roughly consistent intensity signal that runs across the data and she set this as the “reference tone”. Then the user starts the cursor going and clicks a button to mark the point each time there is a change in tone. The whole screen was designed for dual use. I have some sight and if I hadn’t known our visit was to test the software’s accessibility for VIs I could have sat down and just used it. But everything, bar the graphical data display, had an audio partner: you scroll through the audio menu to find the button or slider bar you want to push or move, or click it with the mouse. You can use either a button or the mouse to mark a point when you hear a change in tone, and there’s even a box on the left with a choice of over a dozen instruments so that you can pick which one made it easier for you to hear the changes in tone.

I found it interesting be able to use the two interfaces together, looking at how one might have advantages over the other.  With one or two slight tweaks, I think I would probably end up using the mouse for the user interface but the pure audio way of doing the data analysis.  Astronomy isn’t the only science with complex data, so I think Johanna may be opening up whole new world for us. I hope Tuesday was as useful for her as it was fun for me.