Will New Touchscreen Card Readers Affect How Visually Impaired People Have to Do Their Shopping? 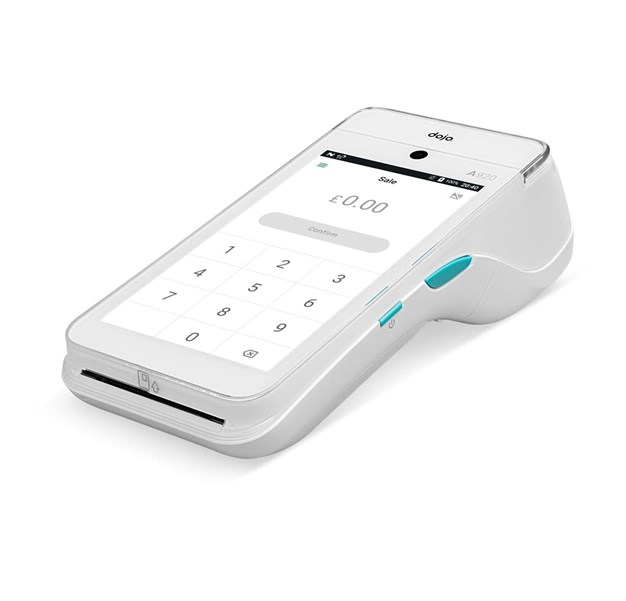 The following occurred because I am Visually Impaired: I have Retinitis Pigmentosa and am registered Blind.  Last Sunday I was walking down Bedford Place, in Southampton, to meet a friend for lunch in one of the cafés there.  On the way, I popped into Cloud Wine in order to buy a bottle of Port, but when I came to pay, the card reader asked for my PIN: every so often a contactless card will ask you to put the card into the reader and type in your PIN, so as to check that the card is being used by its owner.  However, when I tried to do so, I found that the retailer had recently been sent a new reader and it was a touchscreen device, ie no buttons for me to push, just dark marks on a bright screen.  And so, I couldn’t pay for my Port with my card because I’m Visually Impaired.

The man serving me apologised, but I can’t blame him: he was using a new card reader, sent by the payments processing company, in good faith, not realising that it might pose a problem for some of his customers.  I’ve been using Cloud Wine for a number of years now, so he and I are familiar with each other and there was no-one else in the shop: therefore, I wasn’t particularly embarrassed, just irritated that another piece of high-tech kit had been built without Accessibility being part of the design criteria.  When we looked at the thing, the man said that he thought it should be easy enough to make a removable overlay to provide tactile feed-back to those who needed it.  He said that he would try to find out more about the reader: I paid with cash and went to have lunch.

As I walked home past Cloud Wine after having lunch, the man came out to tell me that he’d already done some investigating and the manufacturers did already make a tactile overlay, but they don’t send them out as standard with the readers!  As I said before, I didn’t find this situation particularly embarrassing, but if I’d been at the front of a long queue in a busy supermarket doing my weekly shopping,: would I have had to keep everyone waiting while I found some cash, would I have had to leave everything there as I only had that card to pay with…? How would that make me feel?

What if your total comes to £46 (£101 come October)?  In that case you are required to put in your PIN anyway.  Does this mean that VIs will have to keep a note of how much they are buying each time they go shopping, and maybe have to go to the supermarket twice a week, keeping the cost below £45 each time?  And will this mean that VIs won’t be able to pay for something essential like a new pair of glasses if they break the contactless limit?  I hope the providers of the card readers realise the consequences of these new devices before someone feels that they have to resort to the 2010 Equality Act.