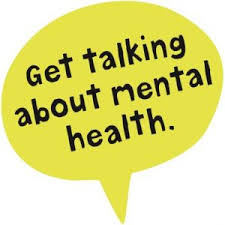 Here’s a blog from one of our volunteers – Kris Gibson:

When contemplating the unending quest for good mental health, particularly in these strangest of times, the brooding figure of Thomas Cromwell does not readily spring to mind. And yet the ruthlessly loyal right-hand man of King Henry VIII was no stranger to quarantine and loss. Dogged by the still mysterious sweating sickness of the 15th and 16th centuries, Cromwell’s London often became a ghost town through the summer months, the rich and the mighty abandoning the city for the relative safety of the countryside. Although struck down by this deathly hand, the Cromwell household fought on, Cromwell himself becoming one of the most powerful men of the time. Ultimately it was not illness that led to his ignoble end, it was hubris that felled this beast.

The portrait of determination and fortitude Cromwell’s story appears to embody is, however, on reflection not one to aspire to. On the contrary, the single-mindedness and self-serving ambition displayed throughout his life does not point at a man in touch with his emotions. Cromwell has been accused of many things throughout the ages but having a sunny disposition and a healthy work/life balance are not amongst them. A role model for modernity and well-being he is not. No, it is not the man that rises from history that has, these past months, come to my aid, but rather my own new-found interest and pursuit of the history itself.

You see, for whatever reason history was not taught at my school. Save for a single afternoon discussing the iconography of Roman coins the past was very much an undiscovered country for me which bore no importance to my most modern sensibilities. It is perhaps embarrassing to admit, but before this year I could easily list more American Presidents than I could homespun monarchs, knew more about American history in general than I did British. I’d barely heard of the Reformation, Pride’s Purge sounded like a wholemeal loaf, and the Battle of Worcester may well have been a legal wrangle over condiments than the final act of our bloody civil war. It wasn’t until I hit University that what had gone before was brought into focus. However, as this year so starkly shows, life tends to get in the way. Although I graduated with top honours, my deteriorating vision, and the emotional toil it took, put an end to my studies. For many years after, life seemed to stop. I was no longer living, merely killing time.

Looking back, I see now what I feel many are experiencing today. I was in a state of grief, both for the loss of the life I’d had, as well as the life I’d hoped for. Each passing year saw the goal posts of what I could see move ever-so slightly along, taking with them my love of books, my independence, and ultimately my confidence and self-worth. Having a condition that leaves me ‘night-blind’ meant all forms of socializing became anxiety inducing trials. The world at night can seem a very scary place when you can no longer see your own hand in front of your face.

It is fair to say I became a recluse, isolated from friends and family and unable to know what to do with my greatest nemesis, time. Whether due to my gender, or simply down to low esteem, I could not and did not ask for help. Instead I lived in a kind of denial, wearing a mask of placid amiability and good humour, convincing everyone, and myself, that nothing was amiss. Sure, the physical aspects of my life were hurdles I needed to overcome, life hacks I needed to invent, but mentally, emotionally, I was as strong, as capable as ever. That is, until I wasn’t.

There became a point where I knew in myself, I could no longer go on. Where that point lies is very much a subjective one, but passing it left me shaken and afraid. Each day had become an ocean of frustration and growing despair. My marriage, my very life, felt at risk. Something needed to change, and I determined that something was me. As hard as it was, I accepted all help that was available and, thankfully, found it both with the wonderful Southampton care services, and here at Southampton Sight. There are still darker days, still shaky days when the thought of leaving my flat alone scares me to my very core, but the good far out ways the bad. With the help and support, I’ve found new ways to spend my time, new toys to help me rediscover the world, and of course a reignited fascination for history.

None of this discovery would have been possible without reaching out to others. The darkest of situations can only brighten when we unite. The present may well be on pause, but I would implore anyone who is struggling, whether with practicalities or emotions, to please reach out. It is more than ok to admit you need a helping hand; it is human. Help is available, friendly ears are available to listen, and things can and will change, will get better for us all. Do not suffer in silence. Time may be a great healer, but like all luxuries too much of it can be detrimental to your health.

Now, if you’ll excuse me, the Georgian era is calling…