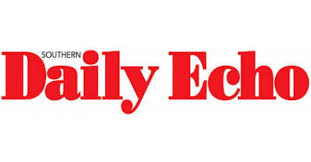 Report from the Southern Dail Echo:

A SOUTHAMPTON-based charity has donated more than £4 million to projects across the county.

The Barker-Mill Foundation has supported organisations and individuals with their ideas since 1995.

In total, projects based in the city have received £1,139,584. Major recipients include the John Hansard Gallery, which was given a £100,000 donation to support a three-year project that will see a series of commissions for a digital exhibition.

Southampton Society for the Blind, Millbrook Rugby Football Club and many scout groups have also been supported by the charity.

Trustee Tim Jobling said: “The Barker Mill foundation is a keen supporter of all manner of charitable organisations and community groups across the breadth of the New Forest and Hampshire and we are very proud to be able to support such a wide variety of people, whether through grass roots community groups or major public projects.

“None of the organisations we support work in isolation, so often the ripple effect can be felt far and wide by many people, whose lives are improved as a result.”

Applicants in the New Forest have benefitted from a total of nearly £900,000, including the 14th New Forest East Scouts which received funds towards a scout hut refurbishment.

Furzey Gardens Charitable Trust saw £40,000 towards its garden training for the disabled initiative.

Nursling-based organisations have seen donations of more than £250,000, with the local primary school receiving money to create a multi-purpose outdoor classroom. Around £95,300 was given to the Mill Monument Restoration.

Applemore College, Marchwood Orchestra and Waterside Sports and Social Club have received more than £130,000, and the Romsey area has seen donations totalling £122,197 to groups like Romsey Riding for the Disabled and the Romsey Abbey Business Development Group.

Established from funds provided by members of the Barker-Mill family in memory of their father and grandfather, Peter, the foundation makes around 80 donations each year to those in the areas where the family has owned land for generations.