Solo travel without sight on the Caledonian Scottish Sleeper 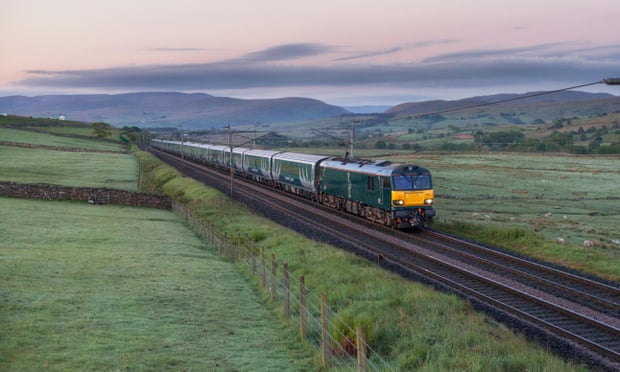 Regular readers will know by now that I travel a lot on trains and I have used sleeper trains before with friends and my partner but this time, I went solo.

After a very long journey to Fort William on Saturday and a chilled-out day on Sunday, I began my journey home.  I’d visited Fort William with my partner Mike, his brother and father because they were spending a few days sorting out the flat that he’s just bought.  I know I am mad for undertaking this much traveling in such a short space of time but I’m young and life is full of experiences 😊

When Mike and his brother took me to the station, one of the crew who would be working the service part-way to London recognised us from previous trips.  I instantly began to feel slightly less anxious about traveling on my own.

The boys helped me locate my cabin and settled me at a table in the lounge car.  Just to explain for those of you who haven’t had the experience of traveling on a sleeper train, my cabin consisted of two bunk beds and a hand-basin with shared toilet facilities at the end of the carriage.  Depending on your budget you can now get some berths with either a single bed in or a double bed both with on-suite.  I’d opted for the classic berth which is the most basic one but just as equally comfortable.

After Mike had left me on the train, I decided I’d treat myself to a glass of wine. After all, you can’t really sit in the lounge car and not eat or drink anything.  The crew member who was working in the lounge car was also someone who I recognised from previous times I’ve travelled on the sleeper.  Both staff were extremely helpful throughout my journey.

About an hour or so later one of the crew checked to see if I needed anything else and offered to ask his colleague to walk me back to my berth when I was ready.  I usually try to find it myself but this time I couldn’t remember how many carriages I’d walked through.

When I’ve travelled in the past, I use three or four hairbands tied together in a line and loop it over the handle of the door of my cabin so I can find it on my own.    Luckily the sleeper host walked me back because she spotted that my hairband marker had fallen off the door, so I’d never had found my room by myself.  We stood chatting for a while and just to check I confirmed which way I’d need to turn to locate the toilet.  The host then offered to swap my berth to one with an on-suite.  I was very grateful for this simple act of kindness.  This change of cabins took another weight off my shoulders and for this I am thankful for all the support her and her colleague gave to me.

Looking back, I don’t know why I was so concerned because I’ve travelled on the sleeper many times before.  I suppose that I’d not worried about moving about the train so much because I’d always had Mike or one of our friends with me.  I also didn’t want to give the staff extra work but honestly, I really can’t recommend the sleeper experience enough.  The staff were so kind and never made me feel as though I was a burden.  I wouldn’t think twice about independently traveling overnight on the sleeper again.